These reproductions are exact copies of original support brackets that were fitted on US Waterbuffalo trailers during ww2. They were copied from originals found on a ww2 water trailer. 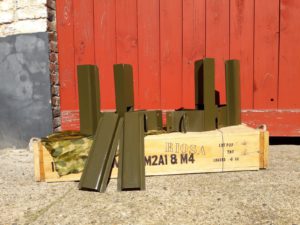 With these supports a normal canvas cover for a Ben Hur  1 ton cargo trailer could be fitted over a Water Buffalo. With this cover the sun could be held off the water tank to prevent the water from getting hot. Some sources say they use of the canvas cover was also done to camouflage the Water Buffalo’s trailers as normal trailers to prevent the enemy shooting holes in it. (Apperently the water trailers were a preferred target for enemy riflemen with a certain sence of humour) 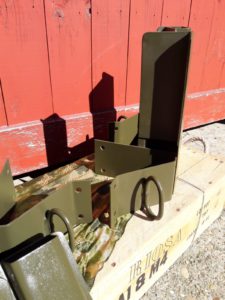 Eyelets are welded on the supports for attaching the tying ropes. This is a complete set of 6 supports. (four for each corner and two for on the sides)

The corner supports differ from the side supports because they have sort of bumper welded on. 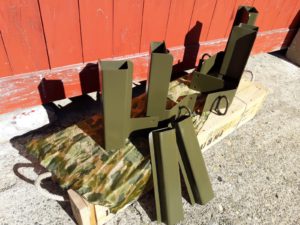 The supports can be screwed on pre drilled holes in the trailer chassis like shown on the picture below. 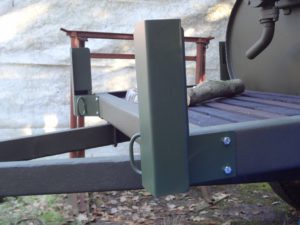 On the picture below you can see the original brackets that were used as a mold. 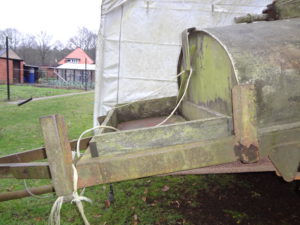 Auto adhesive stencils for different sorts of vehicle decals made to measure.

Step 1: the adhesive stencil as delivered. 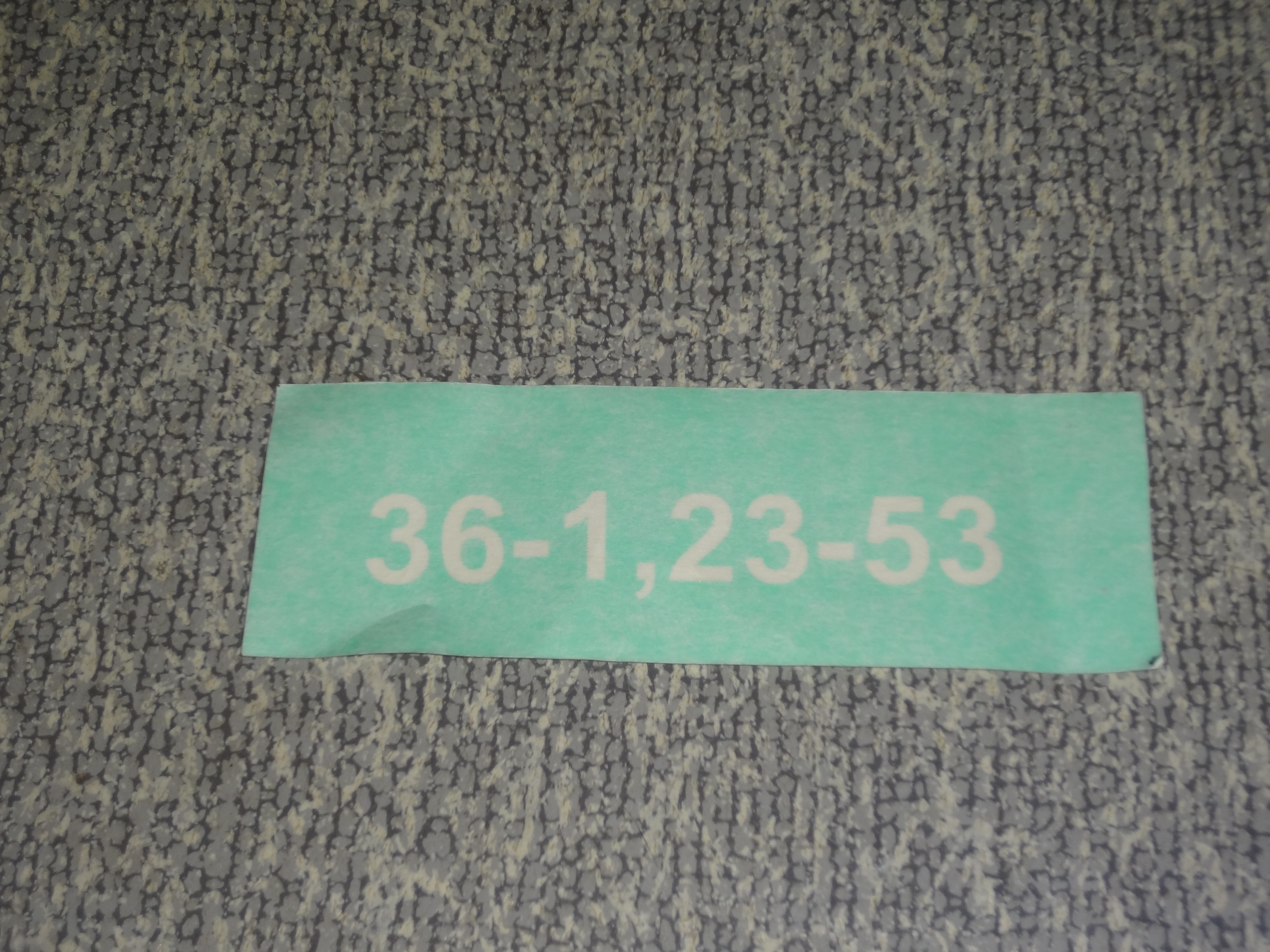 Step 2: degrease the surface you want apply the decal on. 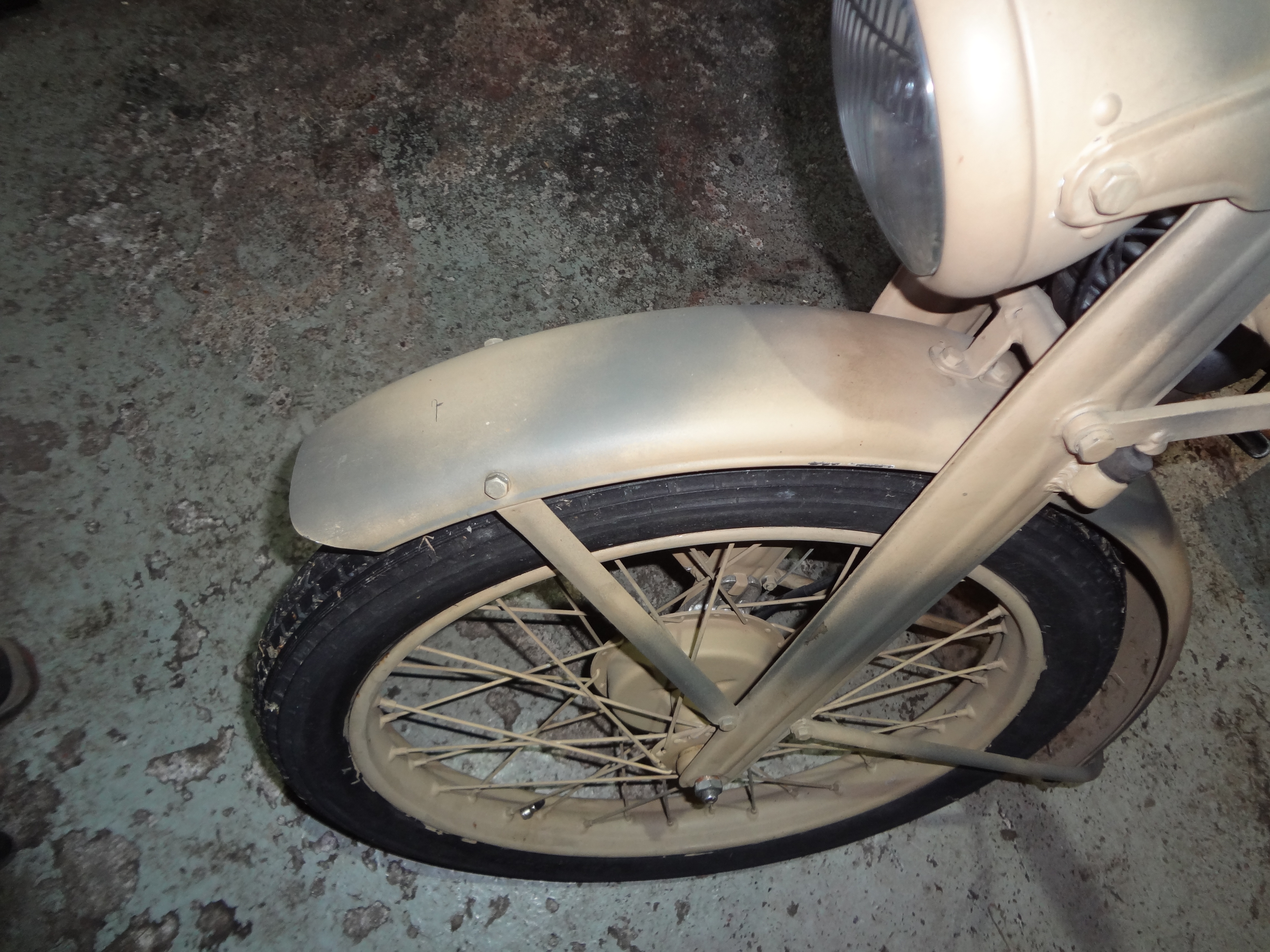 Step 3: take the back side of the stencil off and stick it in to place. 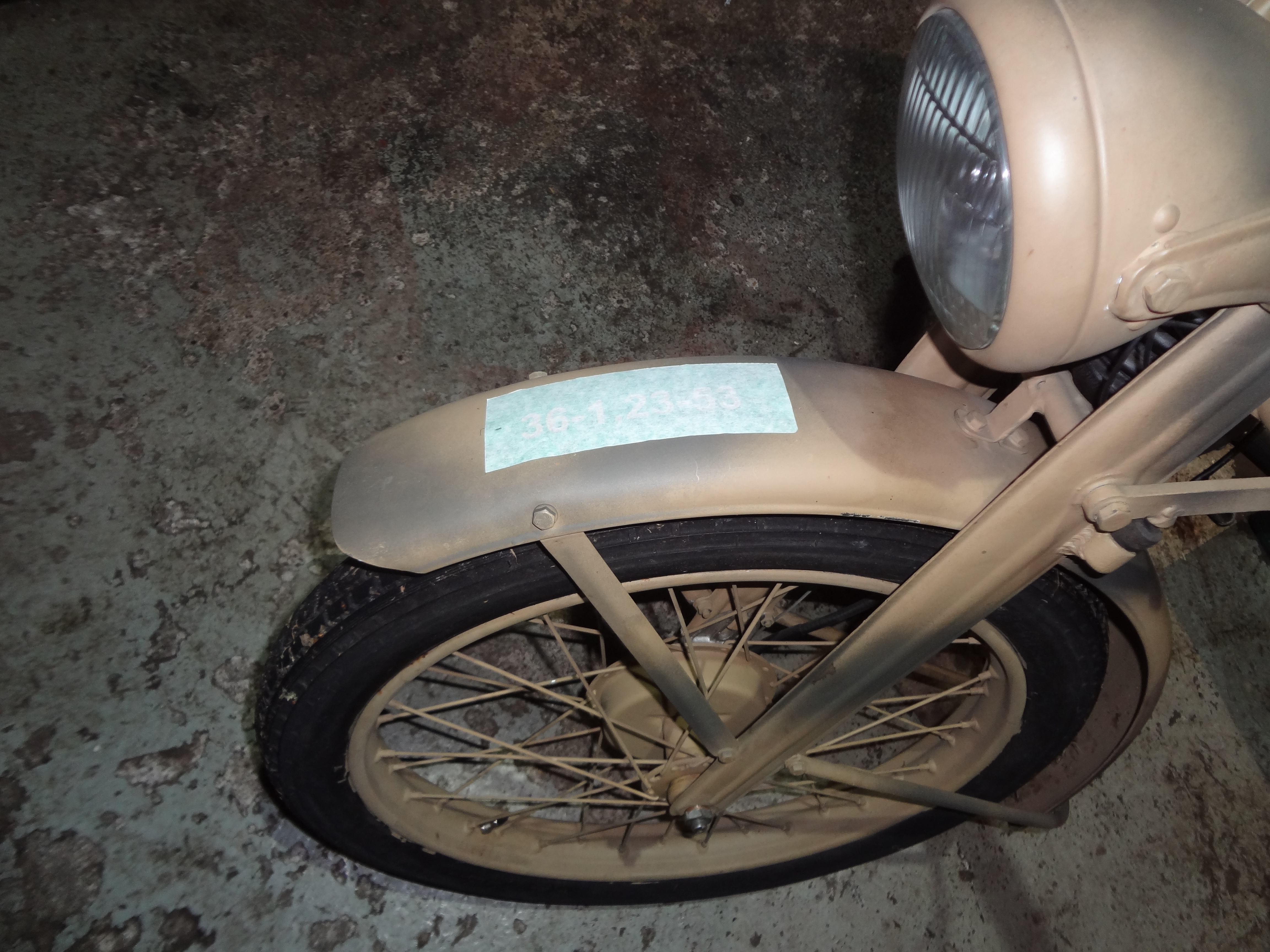 Step 4: take the protective front side of the stencil of. Only the stencil itself stays on the surface. Rub it very firmly to the surface so that all the air bubbles are gone. 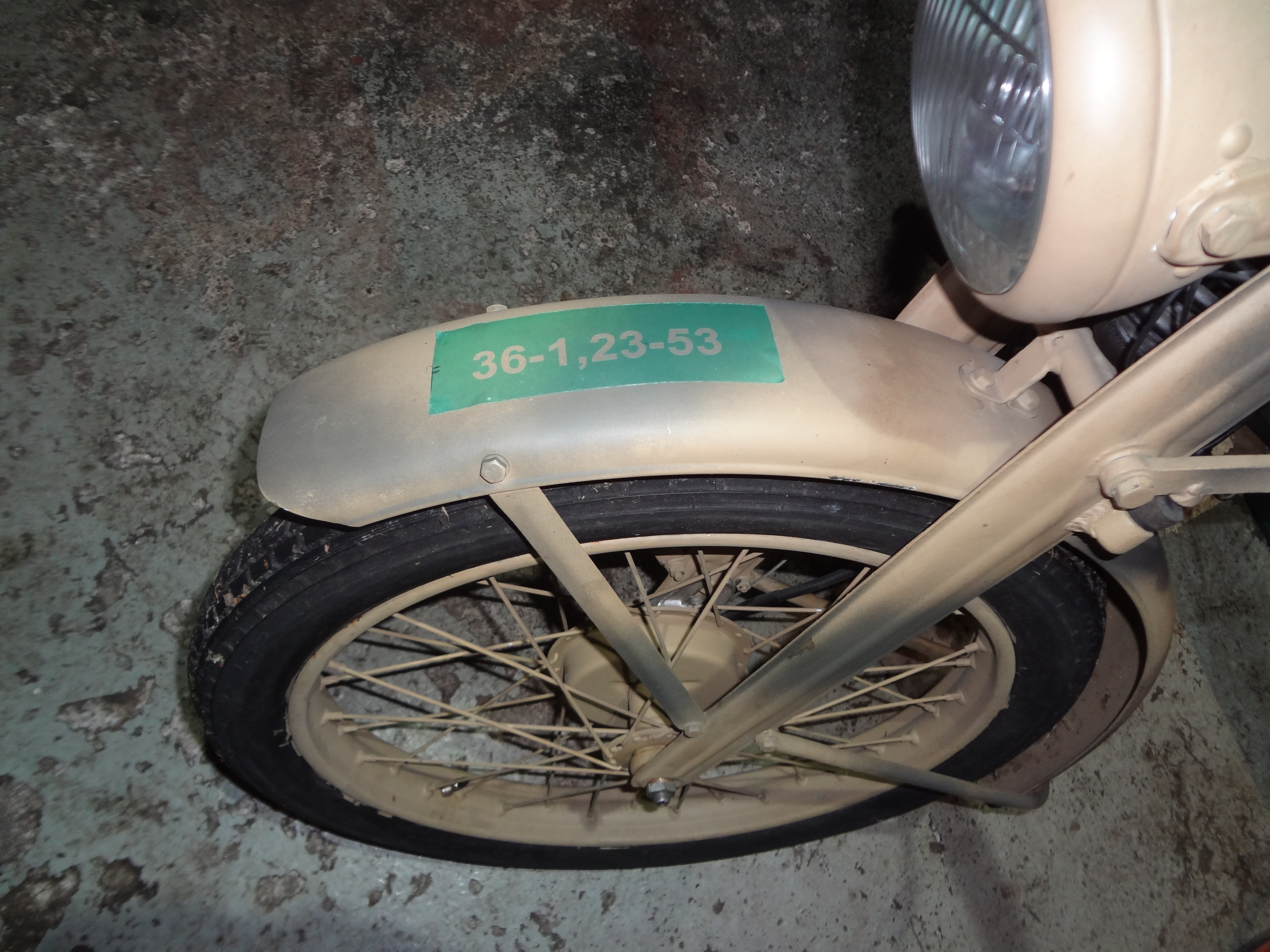 Step 5: Cover the area around the stencil to prevent paint getting on it. 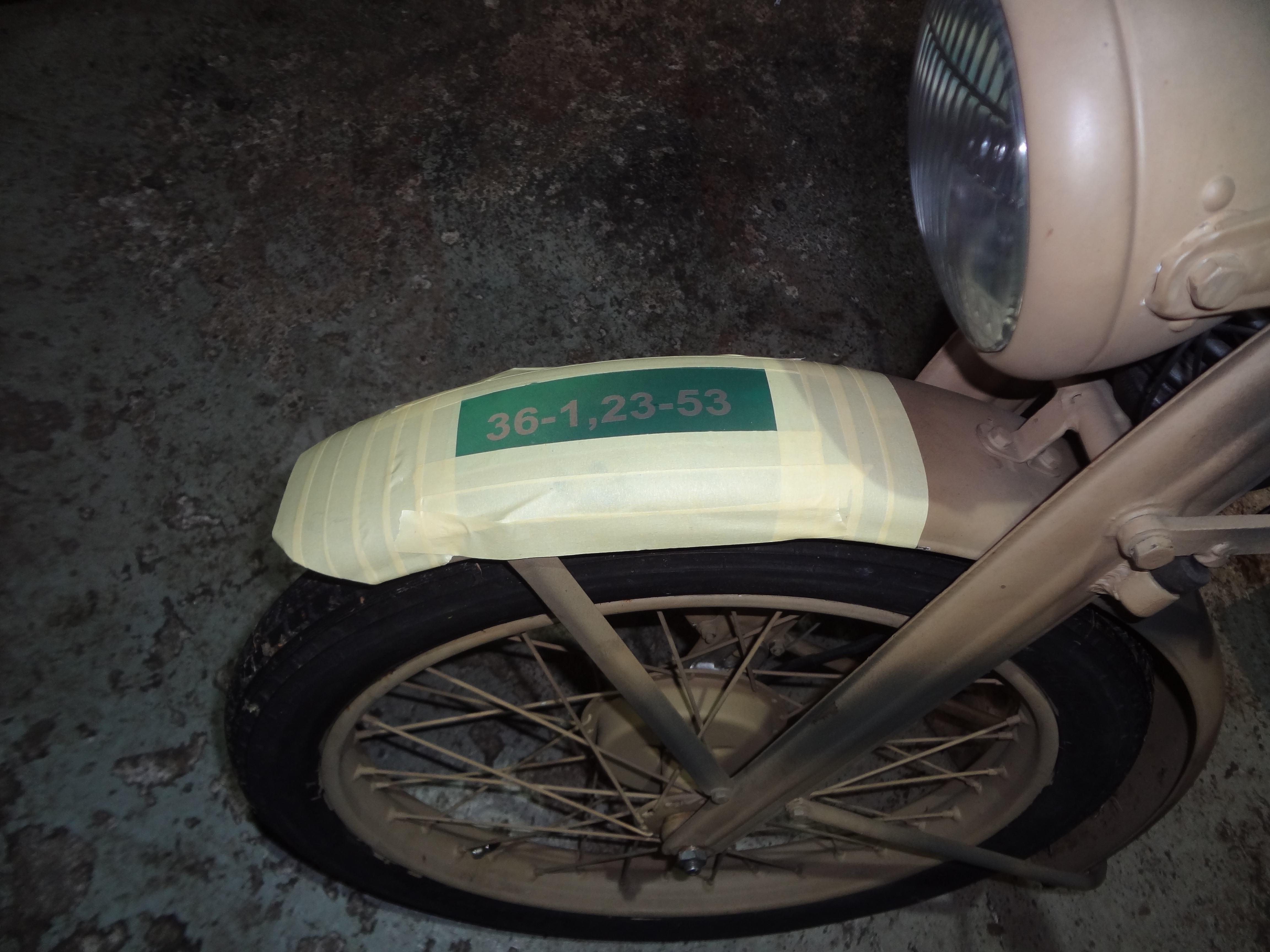 Step 6: Spray the paint in thin layers over the stencil. It is better to spray in 3 thin layers than in one thick layer. 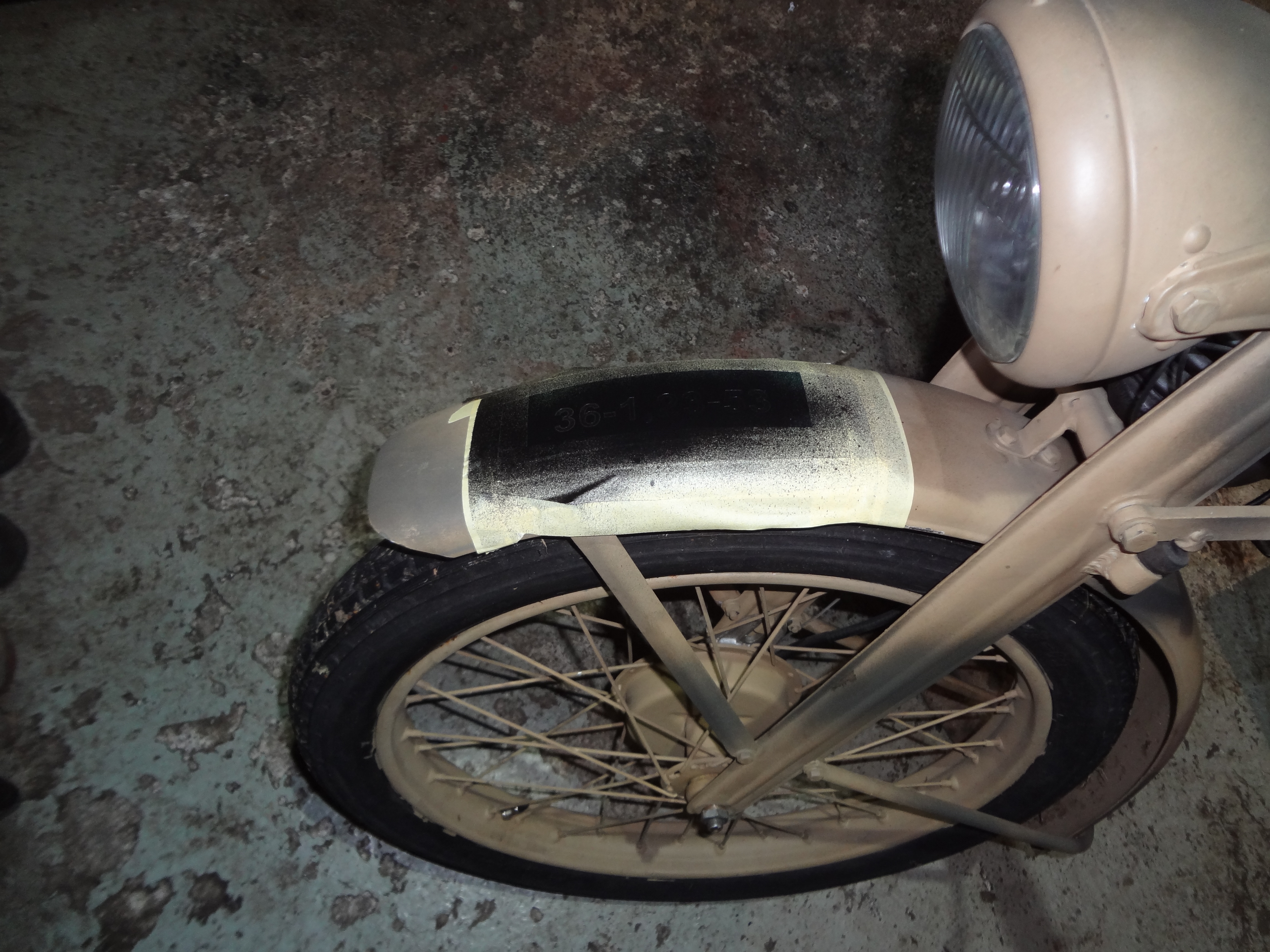 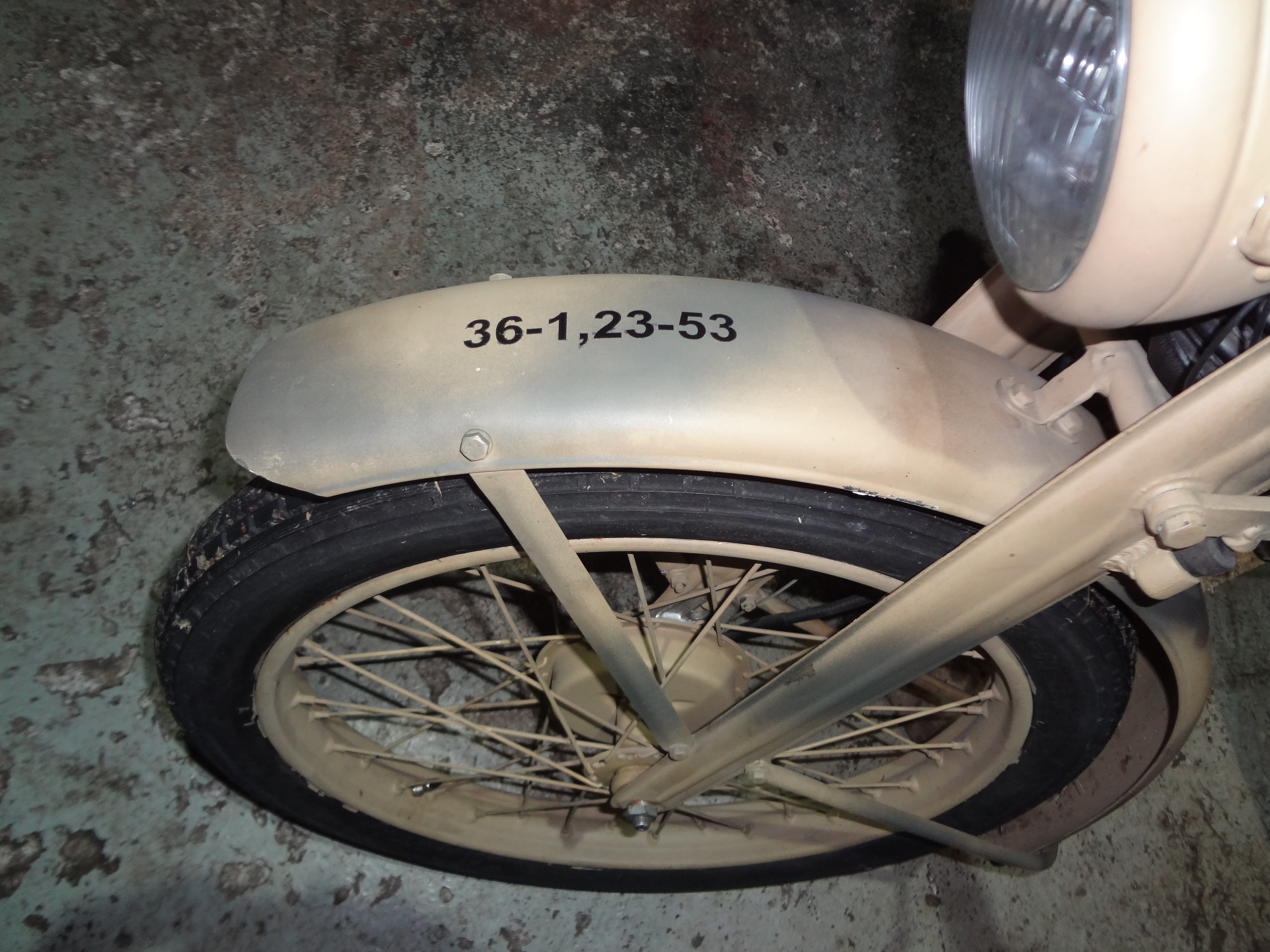 The completed decal shows. Now let it harden out a while until it is fully set.

Taskforce Liberty started making these stencils to measure in our own private workshop because we were unable to find matching decals for some of our restoration projects. Because some of you out there will probably have the same problem we started to offer this service also to other vehicle collectors.

Hand made G.I. Scarfs from real parachute silk. This is the real stuff, no factory made scarfs made to look like they came from a parachute. Each of these scarfs was cut by us from a real parachute. The seams were stitched in our workshop to prevent them from running out. These are exact copies of the ww2 scarfs worn by G.I.’s. during ww2.

Ideal for re-enactment or museum display. 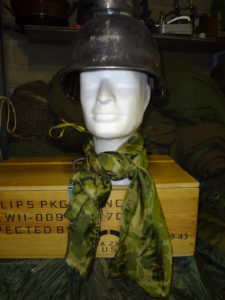 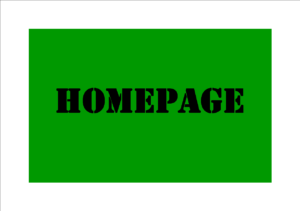